The North Sea Traffic Museum is located in Telavåg on the island of Sotra, west of Bergen. During the Second World War Telavåg was a hub for North Sea traffic – the illegal boat traffic between Norway and Great Britain.

No other place in Norway was more harshly struck by German terror during the Second World War than Telavåg. The North Sea Traffic Museum tells the dramatic history of the people living here by the sea. 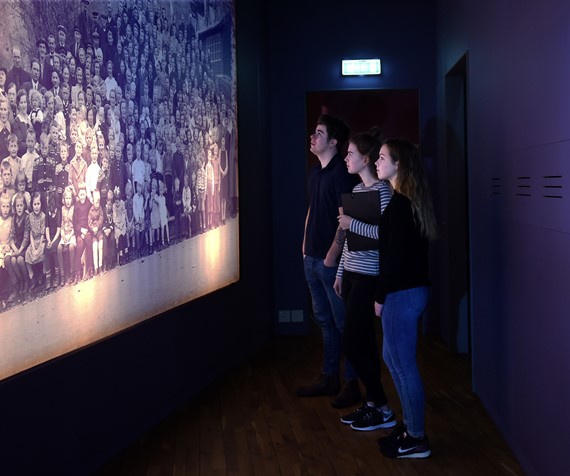 You will gain an insight into the unique stories of women, children, and men who experienced the worst acts of terror on Norwegian soil before July 22nd 2011. They tell stories of shock, sorrow, fright, arrests, and how it was to be imprisoned. You can hear how it felt for children to be separated from their mothers, and see a large selection of photographs of the women and children who were imprisoned. You can see the Nazis' own photographs taken during arrests and the destruction of the village, and read an eye witness report from one of the German soldiers who participated in burning down the village. You can access these unique stories via different still-image films.

You can see some of the few remaining artefacts from the destruction of the town. These were found after the war, in the ruins of the village. Other artefacts tell the story of life in captivity. Here there are also artefacts that tell of courage and the desire to return home and rebuild the town, for example tools which men bought in Sweden on their way home from Sachsenhausen.

There is also an audio guide for the exhibitions. Through this you can learn even more about the stories behind the artefacts, hear the voices of those who once lived here, or hear a new recording of a song that was written for the christening of four children who were born and christened in prison. If you want to learn even more, you can study the photographs and see the short film clips in our digital library. There is among other things an abundance of images from when the town was rebuilt, the unveiling of the memorial, the Prime Minister Gerhardsen, and the Crown Prince Olav and King Håkon's visit to the town. You can also see some of the few remaining images that exist of the town from before 1942. In the exhibition there is a film that lasts 25 minutes, which gives the background to the Telavåg tragedy.

Who is the exhibition suitable for?

The exhibition is suitable for all ages, but is most appropriate for adults and children over 12 years of age. There is wheelchair access to the exhibition. 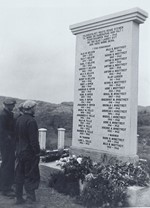 During the war, crossing the North Sea was punishable by death. At the North Sea Traffic Museum you will get an insight into the lives of those who defied this ban.

Most fled over to Great Britain to enlist in the Allied Forces, and many risked their lives to transport weapons, agents and equipment back to the resistance movement in Norway. The resistance campaign in Norway would not have been possible without these secret and dangerous operations. In the exhibition about the North Sea traffic, you will see how many of those involved in the resistance, for example in Telavåg, risked much to run this illegal North Sea traffic. You will also learn about how important the cooperation with Great Britain was for the resistance campaign in Norway.

A well-disguised network of resistance fighters ensured that Norwegian men and children who wished to enlist were able to flee to Great Britain. In the North Sea Traffic exhibition you can get up close to the people who had different roles to play in this traffic. You can read dramatic escape stories, and you will get an insight into the enormous risk it was to defy the Nazis and take on the seas. You will also see that the so-called normal Norwegian women and men undertook an invaluable, but little talked about, effort to organize escapes and meet boats that came from Great Britain.

There is a large focus on the Shetland Gang, one of the most famous groups involved in the North Sea traffic, who in the beginning used fishing boats to transport agents and equipment from Shetland to the Norwegian coast. In the exhibition you will learn more about these dramatic operations.

In the exhibition you can see authentic photographs of people fleeing, and gain an insight into their dramatic stories. You can see among other things some of Leif Larsen's (Shetlands Larsen) uniforms, weapons, and not least, medals. Leif Larsen is the highest decorated Allied sea officer from the Second World War.

You can gain an insight into the different stories through different still-image films. There is also an audio guide for the exhibition, through which you can learn more about the artefacts and the stories associated with them. In our digital library, you will find a trove of images of the North Sea traffic. There is a 25 minute film called “Telavågtragedien” (The Telavåg Tragedy), which shows how the events in Telavåg were a result of the North Sea traffic being exposed. The exhibition is appropriate for all ages, but is most suitable for adults and children over the age of 12. 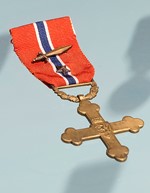 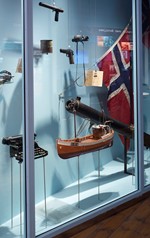 Mobile app as a guide to the Telavåg tragedy

Download “Telavåg 1942” and let the app guide you to the most important places for the events in Telavåg during the Second World War. 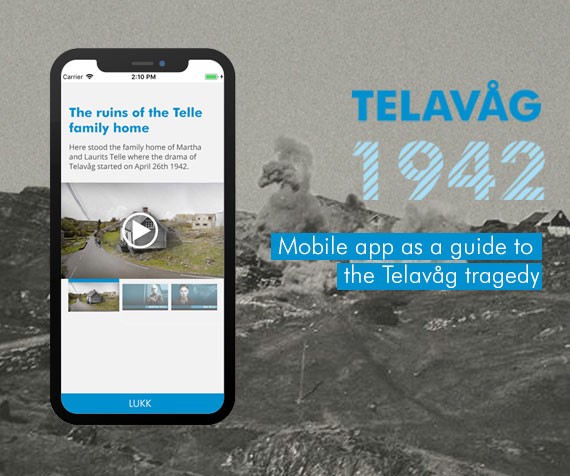 How the app works

The app uses GPS functions on your smartphone or tablet to show you the way to the most important places related to the Telavåg tragedy. It also tells you the stories (film, images, sound) that are relevant for each place.

Among the unique stories in the app are authentic interviews with people who experienced the drama first hand.

If you have forgotten to download the app before visiting the museum, you can use our wireless network (wifi) to do so. The use of the internet is free.

The app can be downloaded at:

Link to the app in Google-Play (Android)

Link to the app in the Apple App-Store